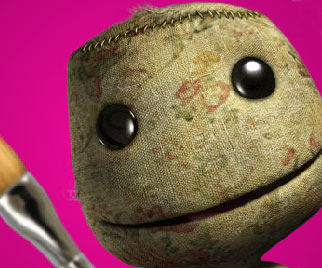 There are three things that make Little Big Planet stand out and provide a glimpse into the future of gaming.

First is a real time physics engine that the game is built on. This allows every object in the game to act in the way that you would expect in the real world. So balls roll if pushed, and big balls take more effort to push than small balls. This makes use of the Playstation’s very powerful cell processor.

The second defining factor is that every level in Little Big Planet is built by players using virtual physical objects without requiring any programming skills.

The fact that the game is built by players and is thus constantly evolving makes it a social experience, but the final differentiator for Little Big Planet is that it takes social gaming to a new level. Again making use of the physics engine players can interact with the objects in the game and with each other by grabbing, pulling and pushing. The game requires players to work together to get through stages and it also encourages players to compete with each other in collecting the resources necessary for building their levels.

By combining physical and social interaction Little Big Planet is making use of the power of the latest generation gaming consoles and is leading the way into a future of ever more immersive game play.

One thought on “Little Big Planet – the Future of Social Gaming”